Sailors visiting Ekincik should not miss the nearby ancient city of Kaunos, situated in modern Dalyan. This Carian city was founded sometime in the archaic period and is mentioned frequently in ancient texts, the historian Herodotus gave it a glowing report in antiquity, his only negative comment being: “The natives of Kaunos have a greenish pallor“ due to malaria. There is no malaria today, but plenty of mosquitos, so bring your repellent!

A more romantic and beautiful location for this jewel of a city can hardly be imagined, situated on a rocky peninsula terminating with an enormous rock, Kaunos juts out from the nearby wooded hills into the marshland that in antiquity was the sea. Its harbour clearly discernible from the amphitheatre has also become unnavigable. Over time the sea has receded some two kilometers to the south due to river silting, thus sealing the fate of Kaunos’ trade-based wealth and causing its demise and ultimate abandonment.

From the earliest times Kaunos was a thriving community on the border of Caria and Lycia and enjoyed a bustling trade with other cities around the ancient world. Its wealth and prestige are attested to by the remains of its fine civic buildings which include an amphitheatre (built around 150 BC and added to in the following centuries), a large public bath in good condition, (one can imagine the white haired city patricians discussing politics in the calderium-hot room) and the remains of an agora (market place), nymphaea (monumental fountain) and stoa (colonnaded meeting place). There is also the remains of a few recently restored temples, closer to the harbour.

The customs building and store houses demonstrates how like a modern society this city was with its taxes, piped water, shops and many other amenities that we recognize today. The church at Kaunos situated close to the theatre dates from the 6th century and reminds us that in later years this was a Christian community, producing some famous men of the cloth, one of whom even attended the conference of Nicea.

Atop the large hill to the East of the theatre is the ancient acropolis, not much remains of any structure from the classical and earlier periods. Today the dominating feature is of an early Ottoman fortification.

The view from the top however is stunning, one can see the hundreds of canals and inlets that comprise the Dalyan river estuary. To the north lies Dalyan town itself, also clearly visible to the East are the ancient city walls, cleverly running down to the harbour creating a defensive circle. And finally and most importantly the monumental rock tombs, that belong to Kaunos. These iconic colonnaded graves are commonly featured in Turkish tourism promotional films and rightly so, viewed from Dalyan town and framed by the picturesque river with the background of pine clad cliffs they are utterly awe inspiring compelling the visitor to wonder at the achievements of by-gone ages. 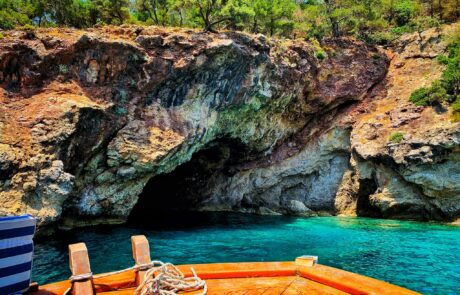 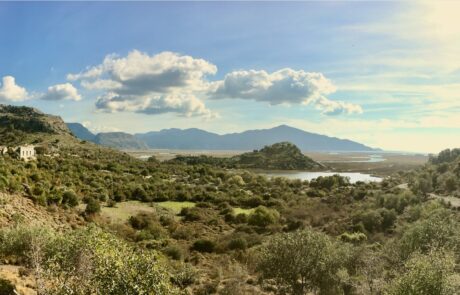 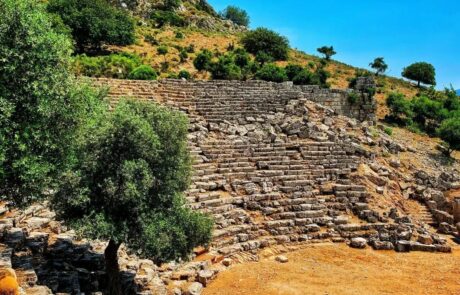 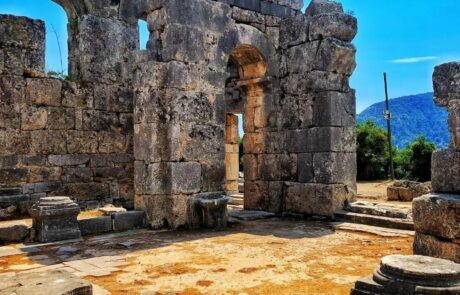 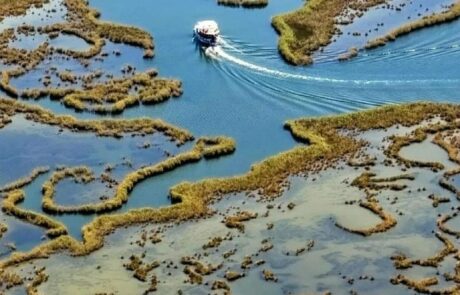 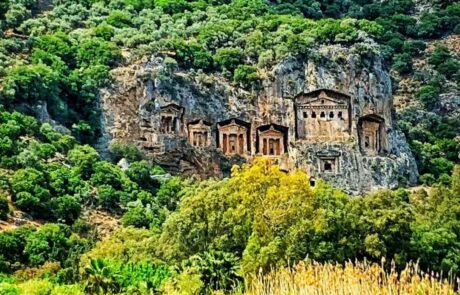 Pull up your anchor, hoist the sails and head out to sea – with your own charter yacht, just the way you want it. Whether it’s relaxing in remote bays, swimming and snorkelling in beautiful coral reefs or an adventure holiday with exciting shore excursions: Let Sailvation’s expertise and know-how navigate you through your perfect sailing holiday.